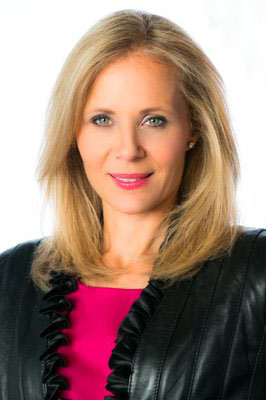 Deborah Lehr is the Director of the newly established Paulson Institute, founded by former Secretary of Treasury Henry M. Paulson, Jr. and located at the University of Chicago. Previously, she served as Senior Advisor to the Chairman and CEO of Merrill Lynch, and was a Senior Managing Director at the New York Stock Exchange focused on emerging markets. An economist by training, Lehr built a successful consulting business representing Western and Chinese companies seeking to expand their operations in China and third markets. Her clients included firms such as JP Morgan, Pfizer, Johnson & Johnson, Sesame Workshop, Tory Burch, Goldman Sachs, Sony Music, Time Warner and Boeing.

Lehr, as President of Stonebridge China, oversaw a consulting business with offices in Beijing and Shanghai. Prior to joining Stonebridge, Lehr was a partner at Mayer, Brown, Rowe & Maw, a global top-10 law firm, where she helped build a successful trade business. Lehr also served in the US Government as a Deputy Assistant US Trade Representative for China, where she was a lead negotiator for China’s accession to the World Trade Organization, for two intellectual property rights negotiations and was part of the negotiations for the 1992 Market Access Agreement, the United States’s first major bilateral trade agreement with China covering a broad range of sectors. In addition, Lehr was one of the youngest Directors of Asian Affairs at the National Security Council, and was involved in export control and trade policy issues at the Department of Commerce.

Deborah Lehr is also co-founder and Chairman of the Capitol Archaeological Institute at The George Washington University, and is a founding member of the International Coalition to raise the profile of the looting of antiquities in Egypt. She serves on National Geographic’s Council of Advisors, the Board of the Archaeological Institute of America, the Advisory Board of State Department’s 100,000 Strong Initiative, the International Advisory Board of the London School of Economics, and the Advisory Council of the Elliott School at The George Washington University.